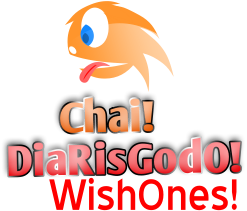 One of the health attendants that attended to the Liberian Patrick Sawyer, but survived the ravages of the disease, went to the church last Sunday to testify to the goodness of God in her life.

Those giving testimonies were 10 in number and she was number four on the queue.
When it was her turn to share her testimony with the congregation, she testified that she survived the ailment and had tested negative to Ebola. When it was time for her to return the microphone to the pastor to call the next person, this is what transpired:

Pastor: Don’t worry, give the microphone to the next person.
Next person: (shifts back) Nooo, give it to pastor.
Ebola testifier: Pastor, take your microphone, he is not collecting it.
Pastor: Give it to the sister behind him.

Sister: Shuuooo! I don forget my testimony, may be next week.
Ebola testifier: Pastor, if you are not ready to collect the microphone, I will put it on the floor (heading back to her seat)

Before she could turn back to return to her seat, everyone in the church had jumped outside for dear life.